A Look back at the Tour of the Basque Country

Wow. What a race that was for me. When I surprisingly won the opening time trial, I knew that I had good legs. I would never have dreamed that I would end up winning three stages. Of course I wanted to try it ever day, especially because the stages were good for me. And I also knew that I had a strong team behind me.

After the three stage win, we were in a good position with me in the yellow jersey, Patrick Konrad second and Emanuel Buchmann sixth overall. On the penultimate stage we had a different tactic. We decided that Emanuel and Patrick should go with the attacks, while everyone else watched me. With a strong solo ride, Emanuel was able to take over the leader's jersey from me.

On the last stage, our job was to defend the jersey. We had the race firmly under control in the beginning, but on the second of six climbs, Astana forced the pace extremely. After only 50 km, the group that would go for the win had already formed. Emu just missed out on the group and we fought to keep the gap small the whole stage. In the end of the day, Emu was third overall and I could take the green points jersey.

All in all, a great week for us. The next things on my program are the Ardennes Classics Amstel Gold Race, Fleche Wallonne and Lüttich-Bastogne-Lüttich. Wish me luck! Yours, Max. 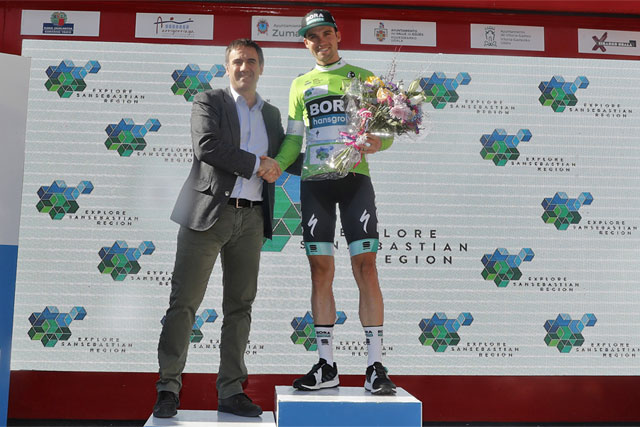