First race back in sight

If you were underway on your bike in Thüringen last week, then you might have seen me on the road. My hand has healed so well that I can finally use it for training on the road again. I started training on the rollers again only six days after my operation, to keep my training loss as small as possible. But since about a week I have been out in the fresh air again.

During the Deutschland Tour I had a few appointments in Thüringen – press conferences, sponsor meetings – but of course I was also at the race. As an ARD TV expert, I could experience this race from another side this time. I commentated the third stage from Göttingen to Eisenach with Florian Nass. An exciting experience. Sure, I would rather have raced, but my comeback is approaching. When all goes well, I will start September 13 and 15 in Canada at the two one-day races in Quebec and Montreal. After that I will decide if I am still strong enough to accomplish what I want at the World Championships in Yorkshire. Just being there won't be enough for me. I still have a few training days at home in Switzerland before I fly off to Canada. I will use these days to build up momentum for the last part of the season.

Wish me luck! Yours, Maximilian. 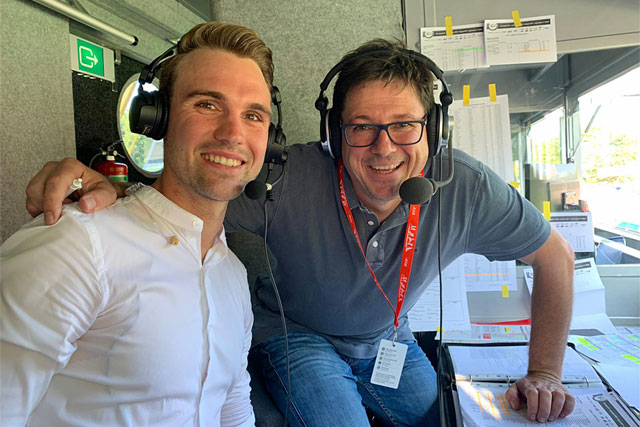