A season with highs and lows

The last race of the season is history, and it is time to take stock. In the last week I did some intensive team building with my team Bora-hansgrohe in Lienz, Austria. Those days were good for the whole team. In addition to a lot of meetings, where we of course looked towards the next season, we were also athletically active, including downhill. But don't worry, nobody got injured and we had a lot of fun.

As you all know, my season can be divided into two parts. One before the crash in the Tour de France and one afterwards. The spring was great. With three stage wins at the Tour of the Basque Country, a stage win in Catalonia, and third place at the Ardennes Classic Lüttich-Bastogne-Lüttich, it was a pretty sensational opener, and I expected even more from myself to come. The form curve kept getting better as the Tour approached. Then came the crash in the ITT in Pau. I am still upset that I broke my hand. Especially because it is so hard for me to get back into good form after such a long injury pause. I did end up being the best German in the World Tour race in China, where I finished 13th. But I know that more would have been possible in the second half of the season if everything had gone to plan. You can't make up for the missing race kilometers, no matter how diligently you train.

Now it is time to get my breath after the long season and build up energy for the new one. Next week I will be in Stuttgart at a press conference for next year's German Championships. I will certainly be at the start there. I can reveal that much to you today! Until then, Maximilian. 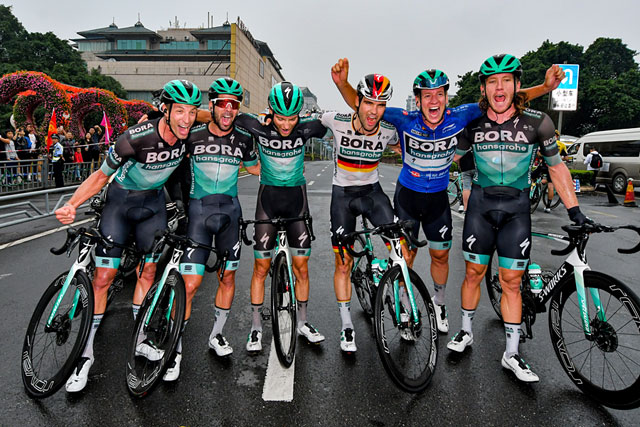