Even if I ended il Lombardia with a broken collarbone, the race itself was not so bad. It was more difficult, since normally it is more controlled until Muro di Sormano. But this time there was an extremely higher tempo much earlier. On Sormano I lost some, as there was nothing to do against three riders from Trek-Segafredo in the lead group. Then I went all out, was able to drop those with me, and even saw Vincenzo Nibali ahead of me. So seventh place is ok.

My crash shortly before the finish was really disgusting. An auto has not place on the course of a WorldTour race! I couldn't do anything... My collarbone is broken. That is a fact. But I am as confident as ever, because the fracture doesn't necessarily need surgery. Purely theoretically it would be possible to ride the Tour de France in two weeks. But in the next few days I will know if I will really be able to do so. 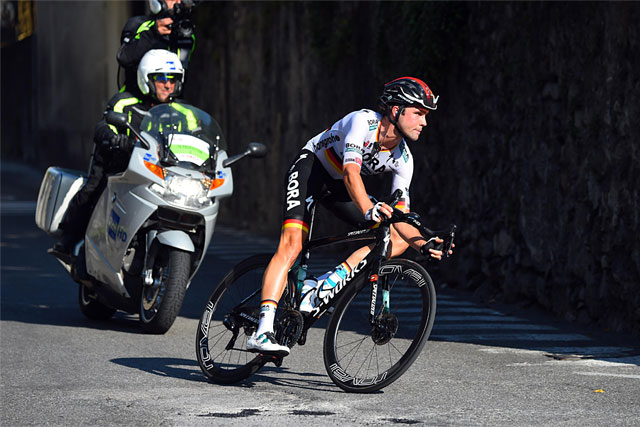